Brisbane has some very boujee hotels, yes, but no matter how instagrammable the interior, a hotel still feels like that – a hotel. This is not the case in the new accommodations at New Farm, however, with Miss Midgley opening its historic doors to a collection of boutique apartments where you will feel right at home (even if we say they are much nicer than your own pad).

Landing on James Street, a stone’s throw from everyone’s favorite restaurants and shops, the hotel takes up residence in one of Brisbane’s oldest buildings. Built over 150 years ago, the grand structure served as a private home, orphanage and hospital in its past lives, but its transition as a school, Miss Midgley’s Educational Establishment, in the early 1900s was l inspiration for its current new lease on life, with the name a nod to the school’s founder, and references to the building’s educational past throughout.

New owners Lisa and Isabella White, a mother and daughter duo who both studied architecture, are the team behind the heritage hotel, and they’ve spent endless hours transforming the old building into the stunning site it is today. The renovation was not without surprises, some good, some less so. On the lower level, the concrete rendering has been removed to expose magnificent stone walls built with hewn blocks from condemned, but on the other hand, much of the original wooden floor had rotted and had to be completely replaced. 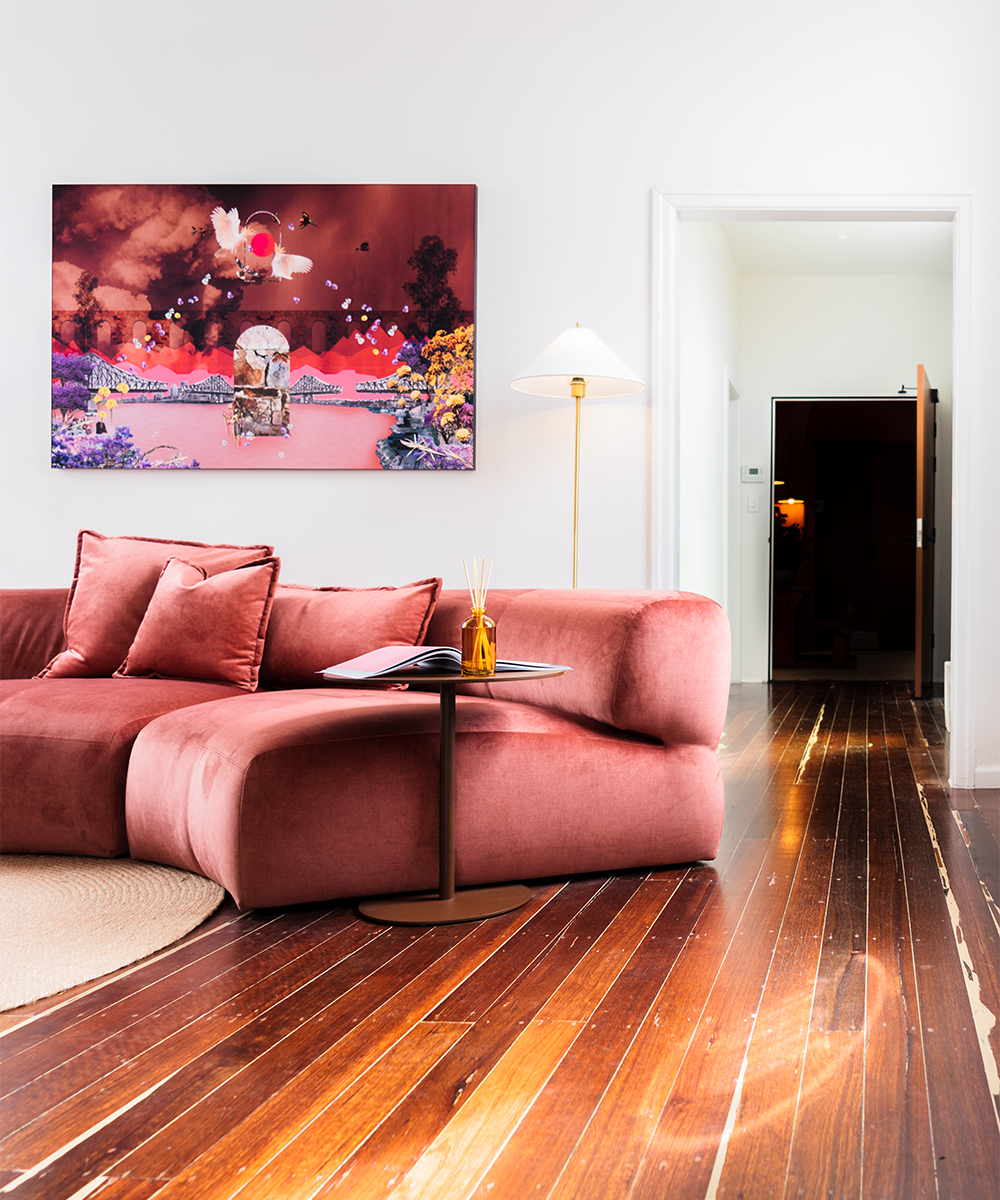 Hard work and numerous changes to the design to accommodate the quirks of the building have paid off, however, with the resulting five apartments worthy of a magazine. All two-bedroom suites with the exception of a ground-floor studio, each bedroom features a glamorous kitchen or kitchenette, generous living space occupied by a curved fuschia velvet sofa that we want in our own living room and outdoor veranda or patio. Special mention should also be given to the “grammable bathrooms, with arched pink and black tiling, pink floor-to-ceiling privacy curtains and chrome fixtures. Swoon. 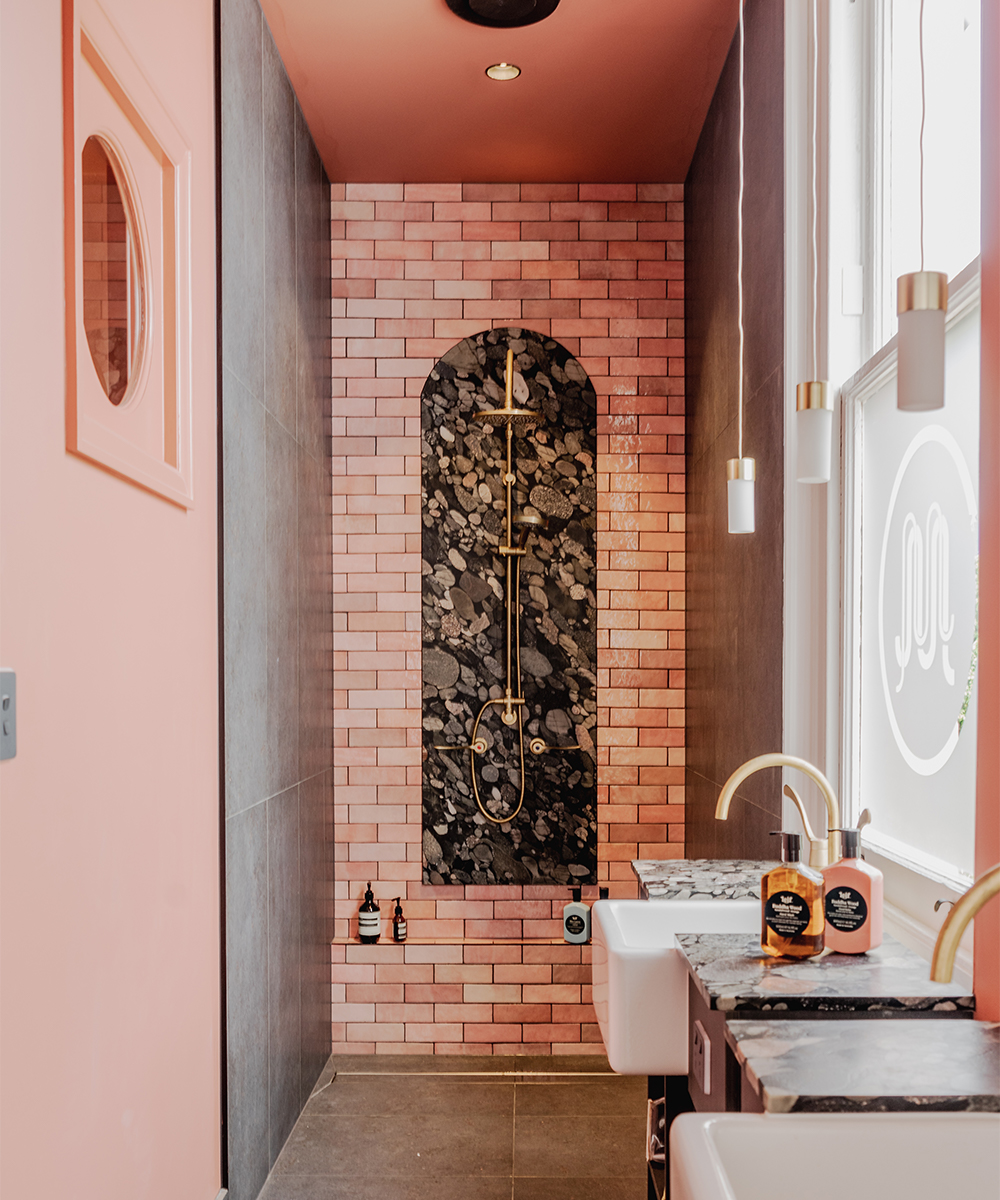 Besides the stone walls, heritage touches you’ll find in the rooms include decorative ceiling moldings, old-school casement windows, and vintage school desks used as hall tables and consoles. Modern necessities have also been thought of, with plenty of space for suitcases in the bedrooms and cooking utensils in the kitchen. Not that you’ll need it, with so many amazing restaurants and cafes within walking distance—hello Agnes Bakery for breakfast, lunch and snacks.

The whole place was basically designed to give guests the feeling of living on a new farm, but all the grammability of a boutique hotel, not to mention a bit of local history – and of course, some local history. a scenic pool for that true vaycay feel. As a bonus, you can even bring your pup with you – the ground floor apartments are pet friendly.

Miss Midgley is open and taking reservations now and you better get in quick, as dates are filling up fast. You can even book all five apartments and take over the whole hotel if you have a big team – a girls weekend, anyone?