Last weekend the Walt disney world Swan and Dolphin hosted their annual food and wine classic for its 12th year. Although I had never personally attended the event, I had always heard good things and confidence me when I say that I was not disappointed.

Shortly before the event, I got to speak with Chef Dan Herman about the offerings and the menu, where he told me that not only the restaurants in the resort were involved, but other concepts like Smokin ‘D’s Barbecue and Frida’s Kitchen would be on hand to showcase new culinary ideas and concepts that are not regularly available at the resorts.

All booths are located between the Walt Disney World Swan and the Dolphin along the causeway that connects the two complexes near Friendship Pier. The tender path runs along the resort’s beach to the pool area in a sort of crescent moon shape that covers most of this part of the property, with a beer garden also located at the other end of the road.

Admission to the event includes unlimited amounts of food and drink, with stalls and tables where you walk up, grab the dish, and move on. Notable items were found at Shula’s Steakhouse, where a roasted Black Angus Heritage Linz beef tenderloin was so tender you can slice it with a plastic side fork. The pan-roasted pork dumplings found in Chinatown were also delicious, and the Cabana Bar and Beach Club’s Arkansas â€œBLTâ€ was delicious. The â€œBLTâ€ consisted of smoked double bacon, pimiento cheese, iceberg lettuce and a fried green tomato instead of more traditional dishes.

The favorite for the event, which had a different menu depending on which night you went, was the Grilled Mahi Mahi at Walt Disney World Swan Reserve’s new restaurant, Amare. The fish was served over Tuscan kale and a grilled Fregola Sarda with a Spanish caper sauce that had a line (for a free item) that spanned half of the pavement. 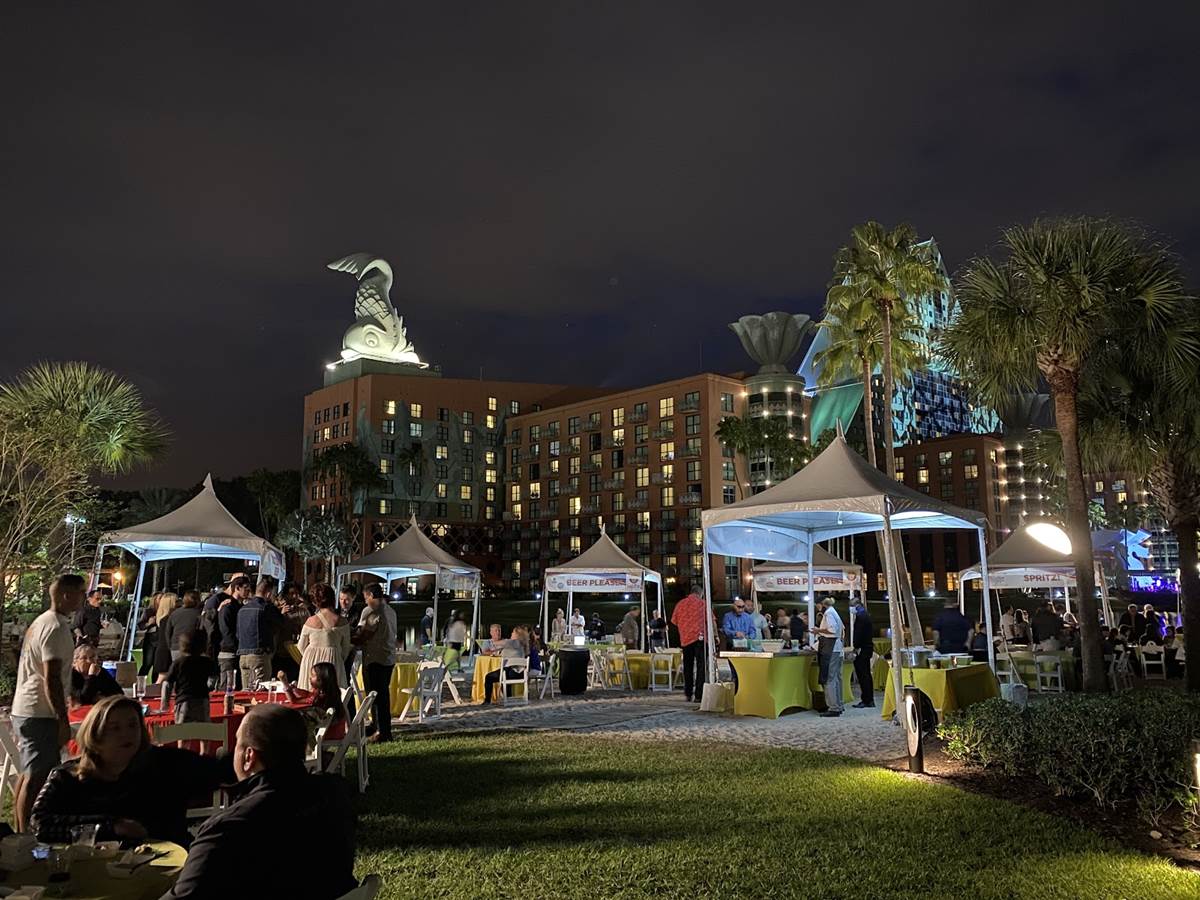 With all the food, there were about three times as many stalls offering wines, beers, and ciders. While stalls dot the causeway and seaside promenade, there are also special areas like the Bubble Lounge, which featured champagnes, roses, and proseccos, and the Terrace Beer Garden, which contained a concentration of beers and beer. local breweries (although these permeated the event elsewhere as well).

50 (FIFTY!) Tents and tables served wine from California, Italy, France, Oregon, Washington, beers from across the country and in some cases on the street in Winter Garden, Florida ( Crooked Can Brewery), and even sake and Whiskey from Japan. Personally, I kept returning to the booth with Lexington Brewing Co.’s Kentucky Vanilla Barrel Cream Ale and their Kentucky Bourbon Barrel Strawberry Ale. My girlfriend, who accompanied me for the evening, found herself enjoying everything in the Bubble Lounge, especially the Mionetto, a Prosecco presented in the neighborhood. 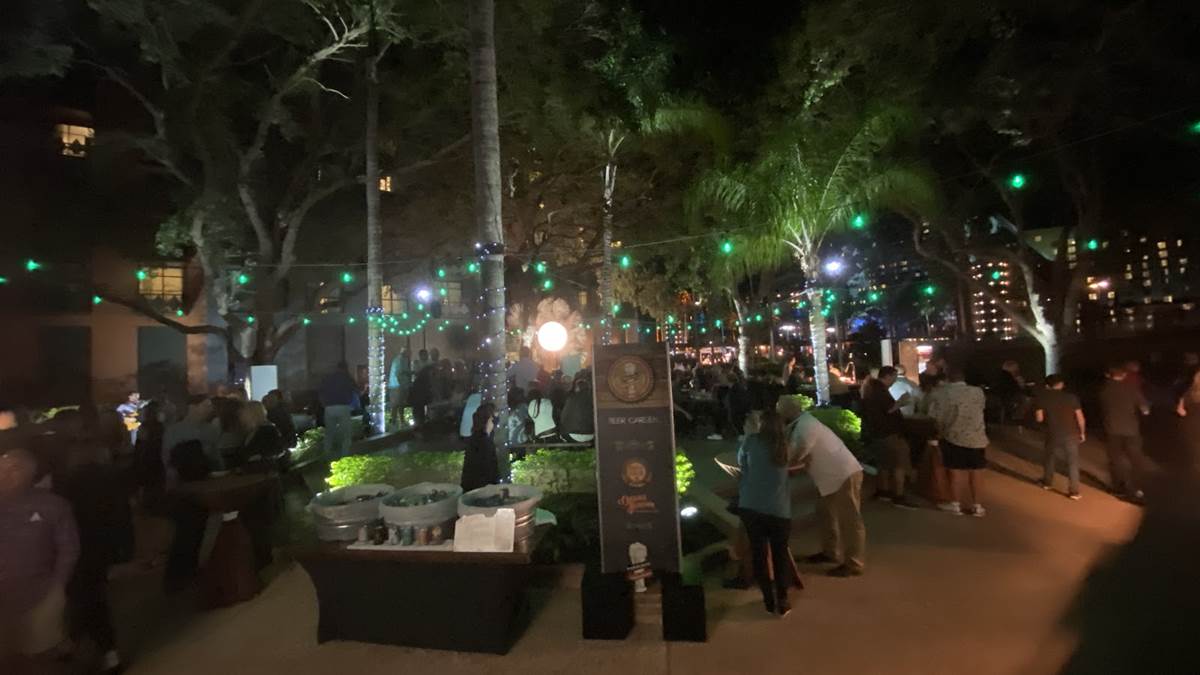 Although we have been invited to take advantage of the event, I must say that now I am a convert and will probably be back in the years to come. The chance to try new dishes and drinks while enjoying lively entertainment (concerts on the pavement, jazz singers in the bubble lounge and guitarist in the beer garden to name a few) convinced me that this is one of the biggest events in Central Florida. But more than that, the exceptional value that is offered for this evening of entertainment is hard to match. One day ticket for EPCOT, which is literally a short walk from the Walt Disney World Swan and Dolphin, the same night of the event cost $ 147.00 at the EPCOT International Food and Wine Festival, where you visit each booth individually and purchase the food you want offers in addition to the admission you’ve already paid for, with individual items ranging from $ 4 or $ 5 to $ 15 or $ 16 depending on the food or drink. Let’s say I want to try a new soup with a food and wine pairing. It would cost me almost $ 20.00 on top of the park entrance, and it’s only a booth over 30 that the event usually has. And if I don’t like it, I feel like I wasted this money.

Admission to this year’s event for Food and Wine Classic at Walt Disney World Swan and Dolphin was $ 165.00 per person, with unlimited food and drink included with admission. For me, the value speaks for itself instantly, especially when compared to the similar event next door. 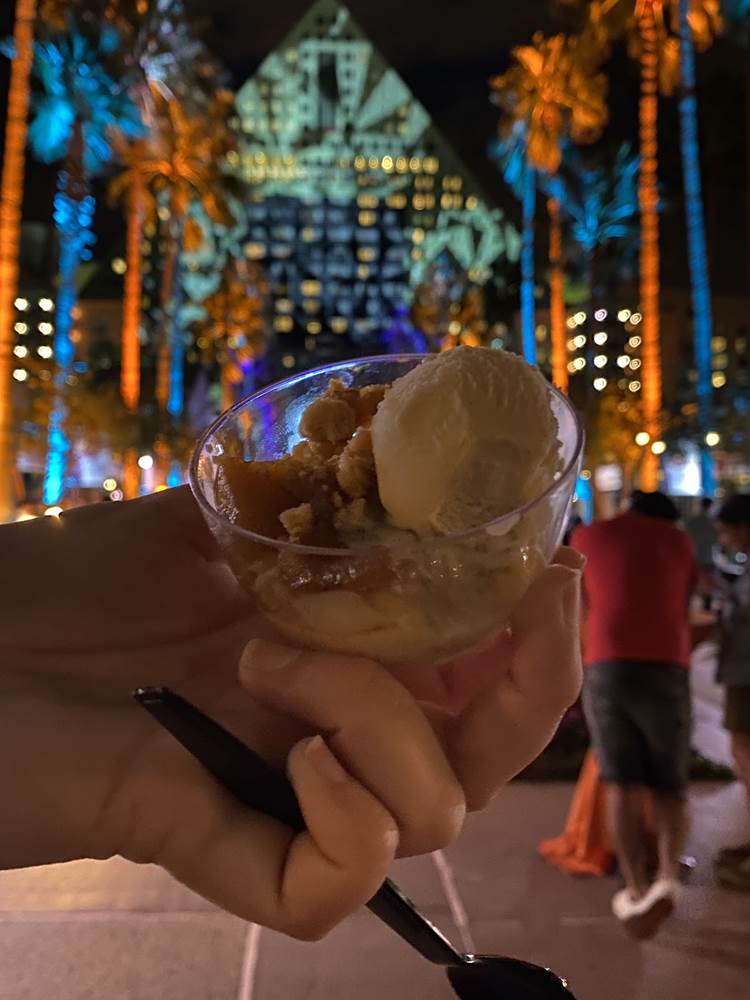 I can revisit the same stalls, I can enjoy the food throughout the event and into the night, stocking up on delicious entrees and savory desserts (I always think of the Bourbon apples from the Swan and Dolphin Pastry Kitchen. ) and wash it all back with hundreds of drink selections. My only complaint is that this event is so limited. This year, it only took place over two nights, October 29 and 30.

We were also entitled to a The VUE preview in the new Walt Disney World Swan Reserve, which you can read here. While this year’s Food and Wine Classic is sadly gone, it will be back next year, so be prepared to attend because if you haven’t yet, it will be the first in an annual tradition that you will create for yourself.

Laughing Place recommends MouseFanTravel.com for all the planning of your trip to Walt Disney World