Yamaha Libero was an entry-level motorcycle that was popular among young enthusiasts in the early 2000s. However, it was a basic bike, and as competition increased it fell into obscurity and got was discontinued around 2010. That said, there are a few people who still have one in their garage, preserved, restored and/or modified.

Customs EIMOR of Hyderabad recently shared photos of their new project, which was based on a Yamaha Libero. The owner of the motorcycle wanted to revive it, as it was his very first motorcycle, and therefore had a lot of sentimental value. The people at the workshop not only restored the bike, but also customized it according to the tastes of the owner into a beautiful cafe racer.

Up front, we see a new headlight with a protective grille, along with a pair of aftermarket turn signals. The front fender is also new, shorter than the stock unit, and the rear fender is also an aftermarket short unit. Bar end mirrors have been installed on the handlebars, which look extremely cool, and the instrument console is also new. 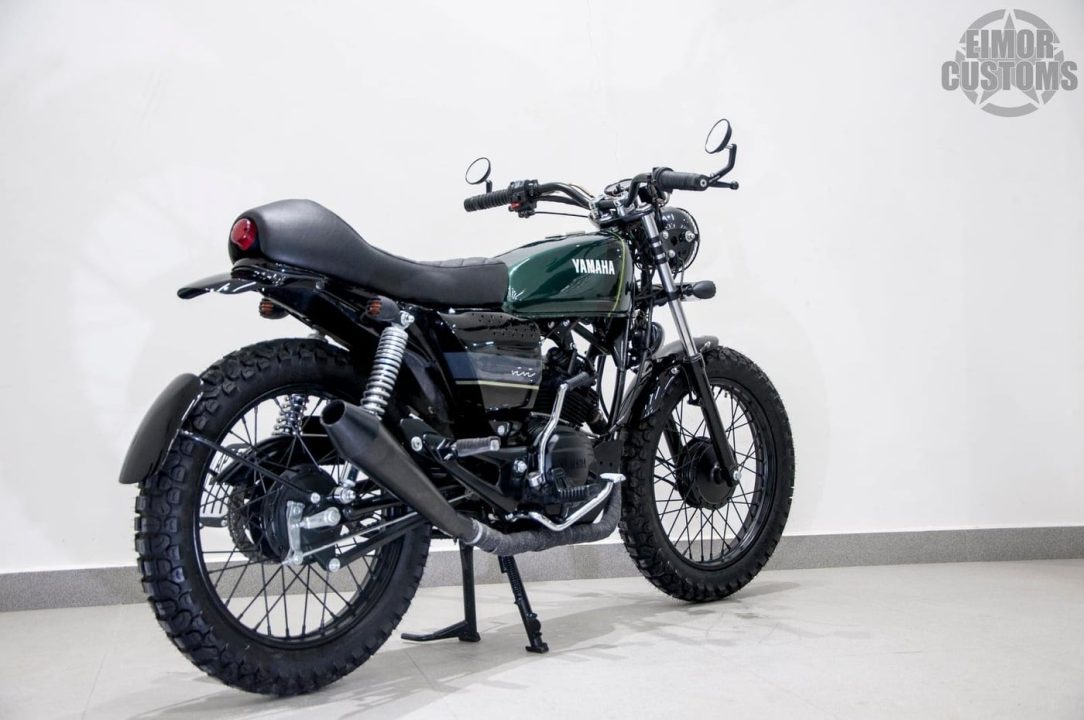 A custom one-piece seat has been installed here, with a cowl-like rear end that receives an integrated taillight. The fuel tank sports dark green paint with yellow stripes, while the side panels have been painted black and gray with yellow stripes. The rest of the bike has been blacked out almost completely, including the engine assembly.

Wire spoke wheels were restyled and block pattern tires were installed on the motorcycle. We also see a custom tire mudguard on the rear tire and a new skid pan. It also gets a custom exhaust, which looks very premium. Overall, we love the look of this Yamaha Libero-based cafe racer bike. 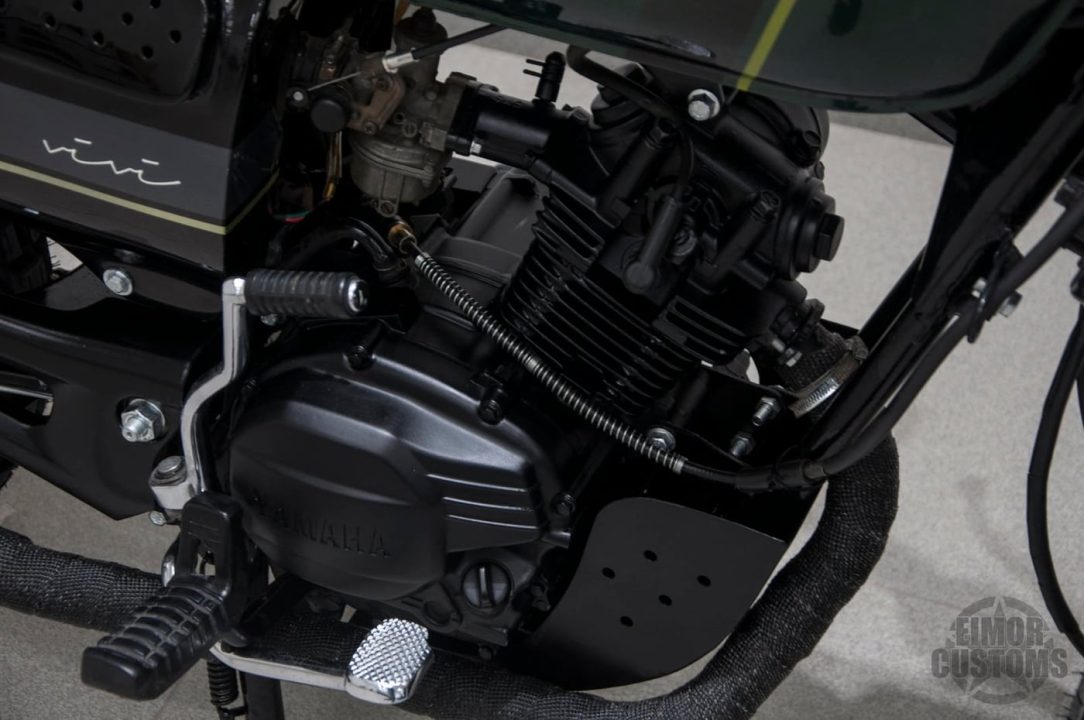 Yamaha Libero is powered by a 106cc single-cylinder four-stroke engine, mated to a 4-speed transmission. This powertrain produced 7.7 PS and 7.8 Nm at the time, which is quite peppy all things considered. However, this four-stroke engine lacked the raw horsepower of its two-stroke predecessor – RX100.